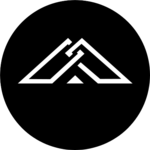 Suffering is a Strange Thing

Suffering is a strange thing.

In a conversation with a friend recently I realized that it is suffering that makes many people, even Christians at times doubt the existence of God. How can a good God allow so much suffering in this world? This is not an easy question and you can bet that the answer is complicated.

There are hundreds of books written by great theologians exploring the depths of this topic; an endeavor too large for me pursue in this article. Instead I wish to pursue a few thoughts on our own individual purpose in the suffering of the world and its consequences.

I would like to ask my readers a few reflective questions and offer some statistics. Do you consider yourself a good person? Do you have an education, a job, a home? Do you live in a developed nation? A recent United Nations statistic cites that around 10% of the world’s population lives in extreme poverty where even basic necessities are unavailable. A study by another non-partisan wealth research firm claims that 56% of the world’s millionaires identify as Christians when asked about religion.

If you seek closely what you will find is that although there are certain instances of suffering that is uncontrollable; there are issues like poverty, famine, illiteracy, unemployment, and wars that can be eradicated or at least minimized from the world by manmade efforts. So, the question we should be asking perhaps is not how can a good God allow suffering but rather how can I allow suffering?

Maybe it is the reason we are alive, our purpose for being.

What percentage of our very privileged time, energy, influences, resources, and lives do we spend trying to minimize the suffering of our fellow brothers and sisters? Maybe God allows suffering because He desires us to be part of the solution.

The early Christians could claim their purpose in life in the proclamation of the Gospel since they did not hold substantial wealth or influence. But I find that we as Christians today are neither good proclaimers nor good suffering bearers.

I am reminded of a story where a little girl asked for a donation for her piggy bank from guests at a dinner party at her house. She was collecting money to help with a charity at her school. One of the guests refused to participate to which the child immediately responded, “I am sorry you are poor!” to the embarrassment of the guest. You see in that little girl’s mind the idea that people who are not poor could merely refuse to give did not even occur.

Our wealth is just one example, as believers we have so much more to give. As interceders in this world even words of encouragement or time in prayer against the dark forces of the world is a valuable gift only we have access to give.

When people describe heaven they often describe a place of plenty with no poverty, no hunger, no suffering. We are all eagerly waiting to be reunited with our Creator in such a place. But while we are waiting we are also taught to pray “Your will be done; on earth as it is in heaven”.

God wills our suffering to end.

To this very reason God sent His Son so that one day our suffering would finish permanently. It is easy to blame God but let me ask you friends. What is the alternative? Without God this world has no hope.

Even though suffering makes us doubt His existence it is also suffering that mandates to us the greatest need for God and His people. How are we as God’s children advancing His will during our short time in our earthly home?

It is my earnest hope that we are able to bear suffering the same way Jesus bore His own and also the suffering of anyone who came to Him. In the midst of suffering, I dream to see in each one of us, a place of hope, drawing people daily to a glimpse of heaven on earth, in Christ.

What is suffering teaching you?

How are you helping to alleviate the suffering around you? 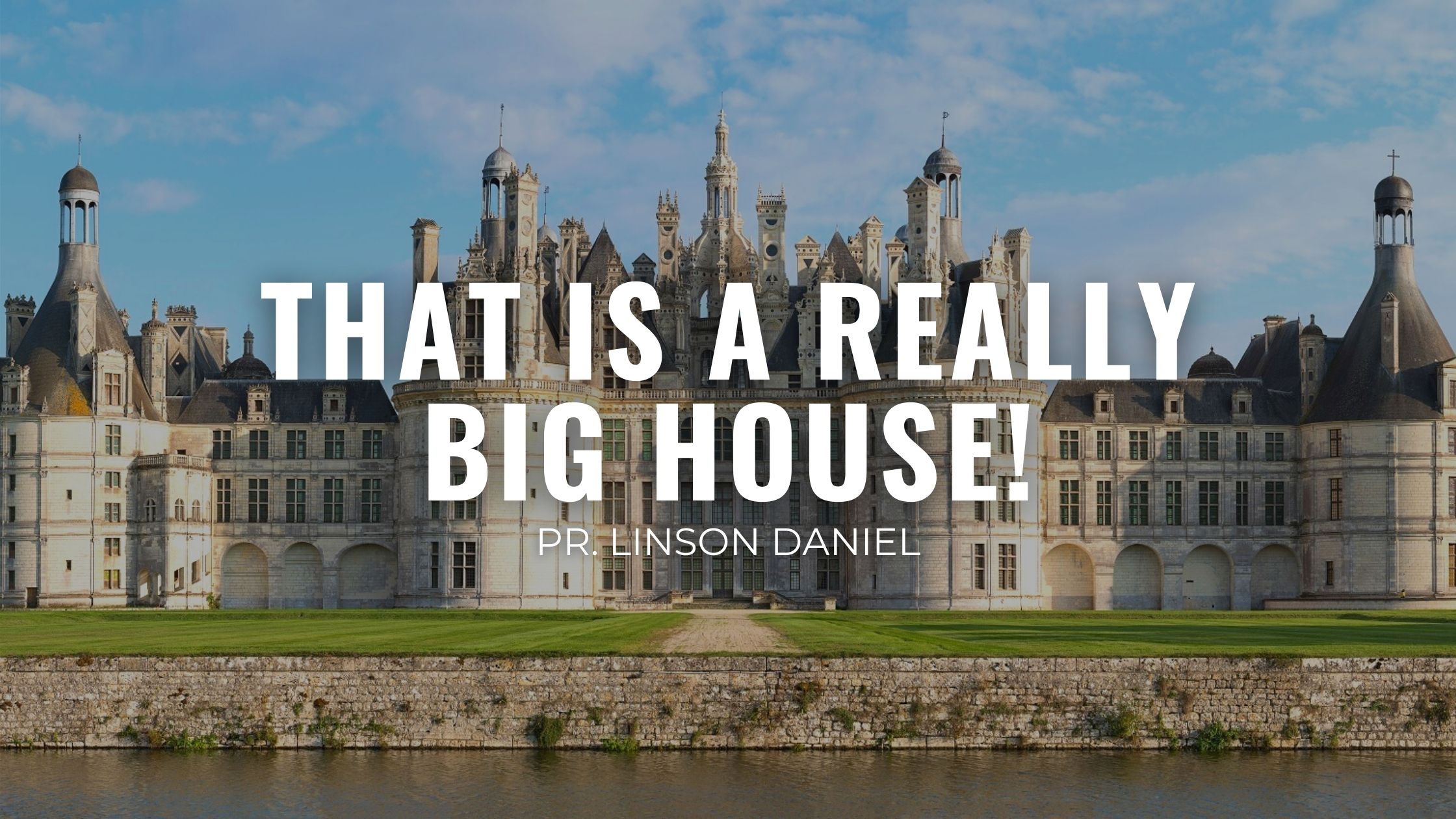 That is a Really Big House! 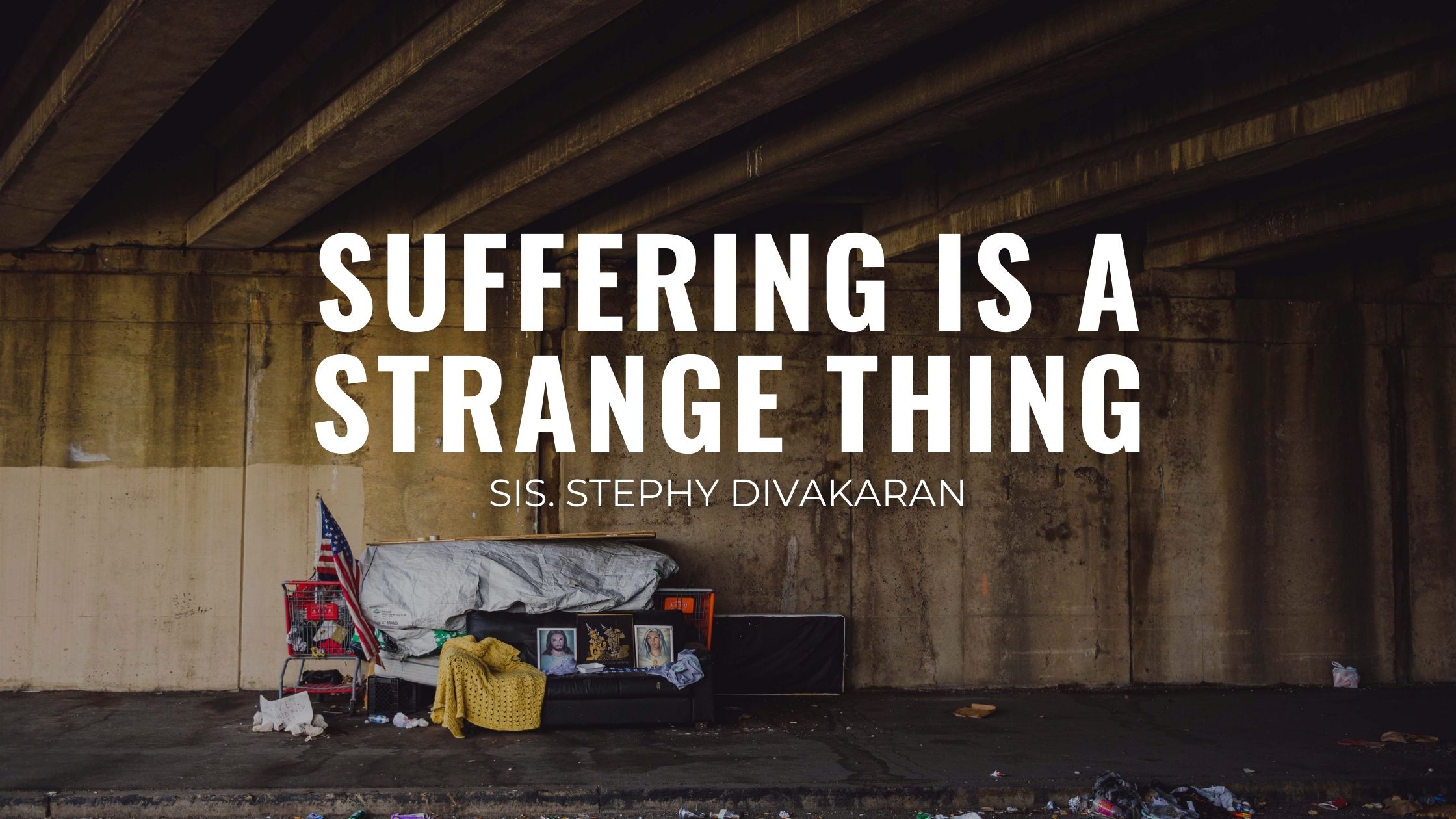 Suffering is a Strange Thing 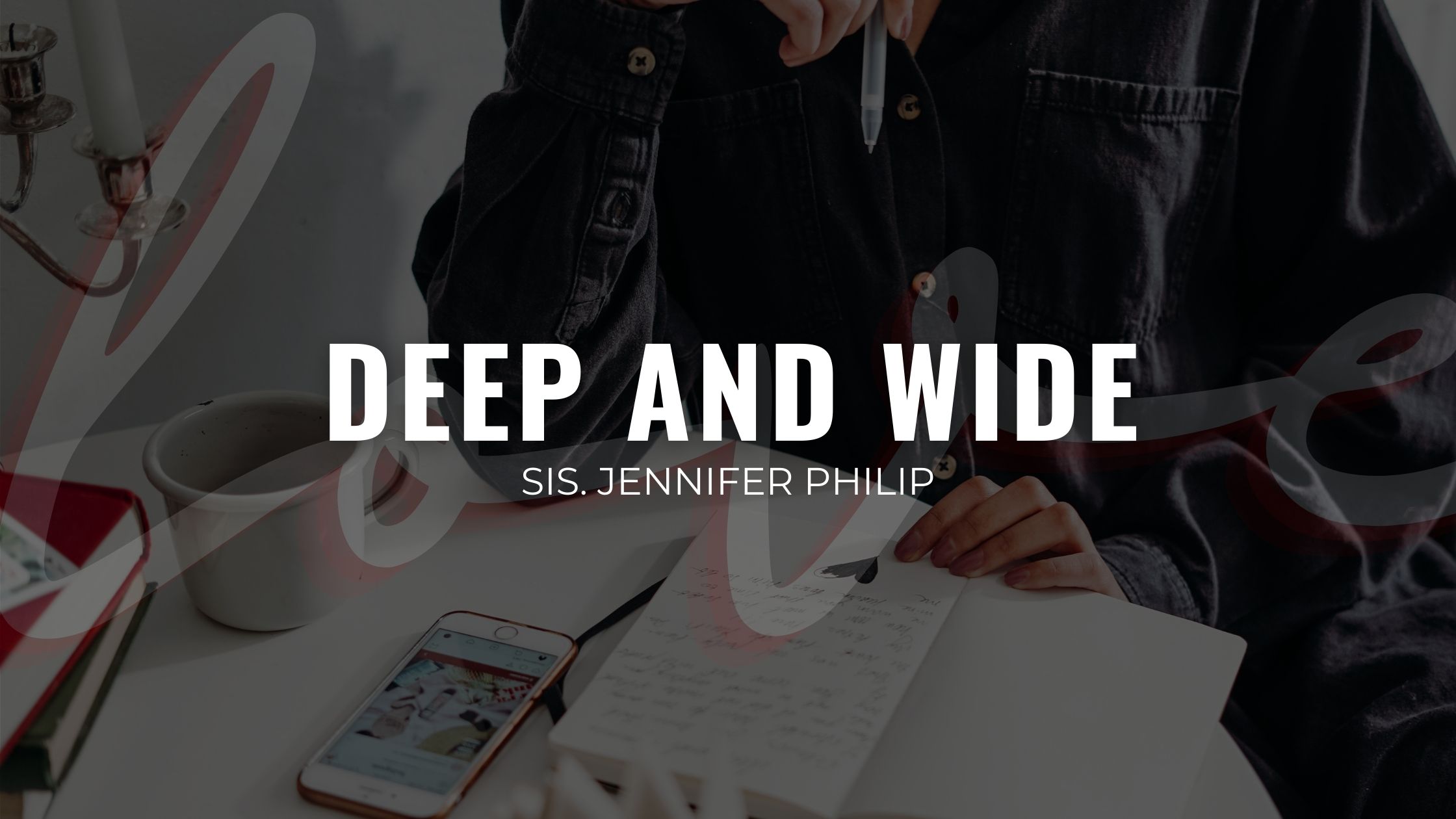